Before you start searching, find out how large of a mortgage you can comfortably afford..

Recent trends and home sales gives me an accurate analysis of your homes worth..

Take Pride in the Products Being Made in Canada! 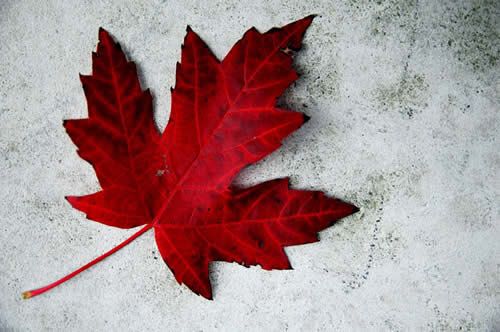 1. Did You Know Most of the World's French Fries Come from New Brunswick?
New Brunswick-based McCain Foods makes one-third of all the frozen French fries produced in the world, and many come from a $65-million state-of-the art potato processing plant that's in Florenceville-Bristol.  The small town in western New Brunswick has taken on the moniker "The French Fry Capital of the World."  Not surprisingly, this is the location of the Potato World museum, and the heart of the mid-July National French Fry Day celebrations.

2. Did You Know Carleton Place Makes the World's Best Baseball Bats?
In 2012, more than 100 Major League Baseball players chose to swing Canadian maple wood bats - better known as the "Sam Bat". Sam Holman, founder of the The Original Maple Bat Corporation, invented the bat by choosing maple wood, a harder wood than the traditionally used ash.  So, if you see a professional player with a little logo on their baseball bat, that's one of the 18,000 sluggers produced each year in Carleton Place, a half-hour from Ottawa.

3. Did You Know Saskatchewan Makes Most of the World's Lentils?   Mmmm, Lentils! Whether home or travelling abroad, order some lentil soup and odds are you're getting a little taste of home.  Canada is the largest exporter of green lentils in the world - about 1.5 million metric tonnes annually, with 95% of it coming from Saskatchewan.

4. Did You Know Scarborough Makes Most of the World's Halls?  If you pick up a pack of Halls you'll be getting another little taste of home since they are made in Scarborough, Ontario.  The plant at Bertrand produced more than 6 billion pieces of "medicine" for the U.S. Last year –  enough that if you lined them side-by-side they would circle the earth at the equator approximately 3.4 times.

5. Did You Know Winnipeg Mints Coins for Over 60 Countries?  Canada produces currency for more countries than you can imagine!  The Royal Winnipeg Mint produces coins for 60 different countries including Centavos for Cuba , kroner for Norway , and pesos for Colombia.  Currently the mint can produce over 20 million coins a day.

6. Did You Know Hamilton Makes the World's Swedish Fish?  Those chewy Swedish Fish sure weren't made in Sweden!   More than 5 billion of the colourful little candies are produced in Hamilton, Ontario every year –  that's all of the Swedish Fish consumed in North America.   Every day about 13 million of the little fish are produced at a factory in Hamilton, which also makes all Maynards Candy for Canada, and key brands for the U.S , including Sour Patch Kids.

7. Did You Know Toronto Makes the World's Best Racing Bikes?  Using the same tools and techniques as Formula One teams, Toronto-based Cervélo builds what have been called the world's fastest and lightest bikes.   At the 2008 Olympics in Beijing, athletes riding Cervélo bikes won 10 medals, while in 2008 Carl OS Sastre rode a Cervélo bike to win Le Tour de France.

8. Did you Know Winnipeg Makes Most of the World's Scratch Cards?  Walk into almost any corner store in the world for an instant win lottery ticket, and there's a good chance your scratch card was printed by Winnipeg company Pollard Banknote.  Founded in 1907, Pollard now has facilities throughout North America, however, a significant amount of its lottery scratch cards are still made in Canada.

9. Did You Know the World's Best Cymbals come from New Brunswick ?  Where do the cymbals used by Rush, Keith Harris of the Black Eyed Peas, the Philadelphia Orchestra and marching bands around the world come from?  The small village of Meductic (population 300), located along the Saint John River in southern New Brunswick.  SABIAN cymbals are sold in 120 countries around the world.

10. Did You Know Trenton Makes Tons of Dinos?  No, they don't make dinosaurs like in Jurassic Park , but close. Research Casting International, the leading company for constructing dinosaur remains (casting, restoring, mounting, repairing), is located in a 45,000 sq.ft. Airplane-hanger-sized building in Trenton, Ontario.  The company has created more than 750 of the mighty beasts for museums around the world.

11. Did You Know Kelowna Makes Most of the World's Water Slides?  When you slip down one of those clear tube water slides on a Disney Cruise, you're likely using Canadian design and technology.  Canada's Whitewater West Industries Ltd. Is the largest water parks attraction company in the world.  Their Kelowna, B.C. Facility, FormaShape, makes thousands of water slides each year.

12. Did You Know Peterborough is the Custom Aircraft Capital of Canada?  Flying Colours Corps. of Peterborough, Ontario doesn't make airplanes, but they sure make them special.  Entertainment systems, corporate logos, iPad-holders, custom exterior paint, upholstery, and they've even added a permanent bed in an aft cabin. Everything is custom made in-house, from the leather seats and wood trim to the side walls – for customers from across the globe,including much of Europe, the Middle East, Russia, Asia, and India.

13. Did you know B.C. Makes Tons of Submarines?
Atlantis Submarines, of British Columbia, actually owns more submarines than many countries –

but these ones are used for tourism.

The Canadian company initiated the world's first commercial tourist submarine in the Cayman Islands in 1986.

More than 10 million people have since experienced underwater adventures

in their 48 and 64 passenger submarines in the Caribbean and Pacific.

The subs they operate in Barbados, the Cayman Islands, Aruba, St. Martin, Cozumel, Curacao & Guam were all made in Canada.

Hi There! Welcome to our website, which is here to help you 24 hours a day. You can search multiple listings at your own convenience, browse reports, and read up on information provided by the brightest minds in real estate. When you are ready to see a listing in person, or just have a simple question, please don't hesitate to contact us!